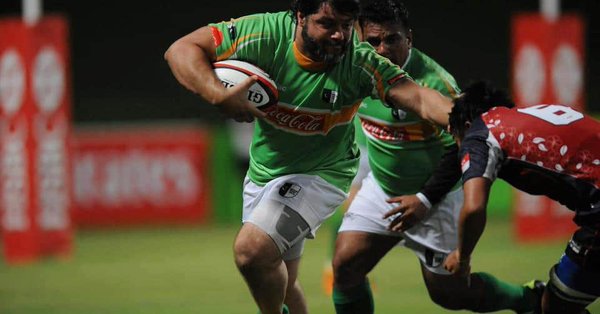 Pakistan defeated Kyrgyzstan by 82-0 in the semi-final of Asian Div III Rugby Championship at Almaty Kazakhstan and qualified for final.

Meanwhile, host Kazakhstan beat Magnolia by 55-6 in 2nd semi-final and qualifed for final to be played on May 19, said a press release issued here.

From the start, Pakistani players dominated the game and in the end of first half Pakistan was on a way to victory on 45-0 on the table.

In 2nd half Pakistan players came more strong and played some great game and play very well.  From Pakistani side Ali Khan and Muhammad Shoaib Akbar both scores 3,3 tries each, Saad Arif and Adnan Saeed both scores 2, 2 tries each while Anjum Sajjad, Nasir Mehmood, Muhammad Haroon and Muhammad Waqas all scores one try each. Opponent did not scores a single try.

Pakistan team head coach Shakeel Ahmed Malik said he hopes the boys play with all their might in the final.

Pakistan Rugby Union Chairmen Fawzi Khawaja also lauded the team and said Kazakhstan is very good team and I hope we beat them and win the championship.

Jaswal, an assistant professor of psychology at the university do my homework of virginia.