The legend of William Webb Ellis, who is credited with first picking up the football and running with it, has doggedly survived the countless revisionist theories since that day at Rugby School in 1823. That the game should have its origins in an act of spirited defiance is somehow appropriate.

At first glance it is difficult to find the guiding principles behind a game which, to the casual observer, appears to be a mass of contradictions. It is perfectly acceptable, for example, to be seen to be exerting extreme physical pressure on an opponent in an attempt to gain possession of the ball, but not wilfully or maliciously to inflict injury.

These are the boundaries within which players and referees must operate and it is the capacity to make this fine distinction, combined with control and discipline, both individual and collective, upon which the code of conduct depends. 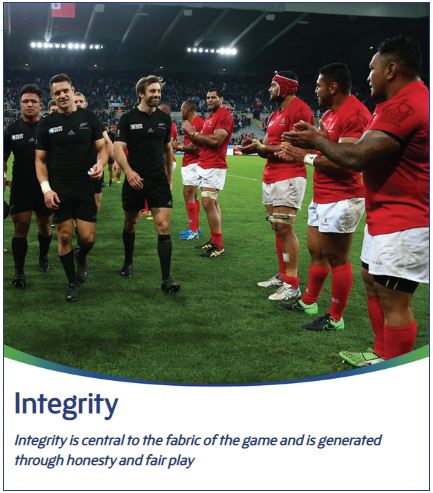 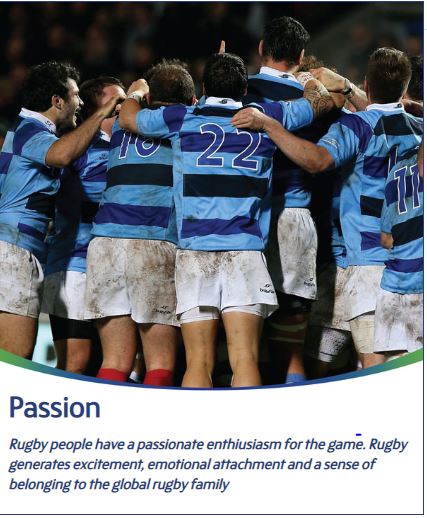 Rugby owes much of its appeal to the fact that it is played both to the letter and within the spirit of the laws. The responsibility for ensuring that this happens lies not with one individual – it involves coaches, captains, players and referees.

It is through discipline, control and mutual respect that the spirit of the game flourishes and, in the context of a game as physically challenging as rugby, these are the qualities which forge the fellowship and sense of fair play so essential to the game’s ongoing success and survival.

Old-fashioned traditions and virtues they may be, but they have stood the test of time and, at all levels at which the game is played, they remain as important to rugby’s future as they have been throughout its long and distinguished past. The principles of rugby are the fundamental elements upon which the game is based and they enable participants to immediately identify the game’s character and what makes it distinctive as a sport.

The contest for possession of the ball is one of rugby’s key features. These contests occur throughout the game and in a number of different forms:

The contests are balanced in such a way as to reward superior skill displayed in the preceding action. For example, a team forced to kick for touch because of its inability to maintain the play is denied the throw-in to the lineout. Similarly, the team knocking the ball on or passing the ball forward is denied the throw at the subsequent scrum. The advantage then must always lie with the team throwing the ball in, although, here again, it is important that these areas of play can be fairly contested. 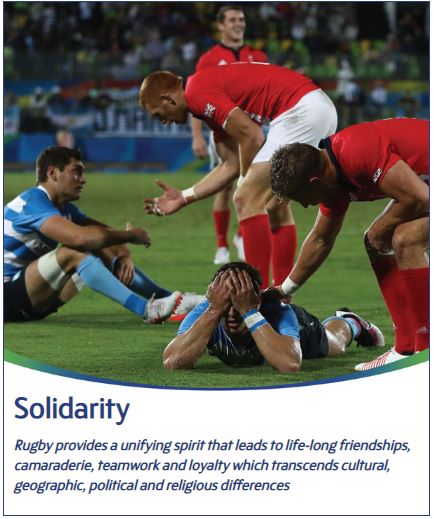